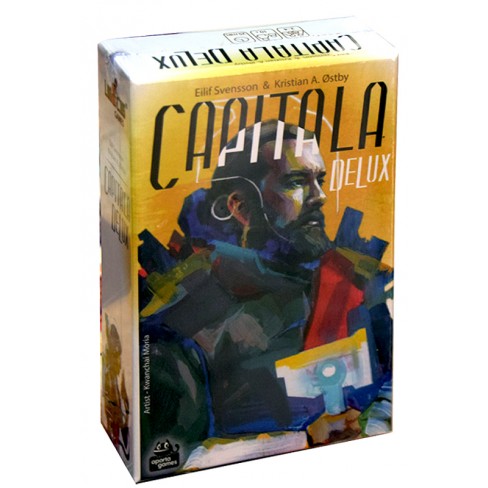 Will you play citizens into your hometown for points, or contribute them to the capital and benefit from their special abilities? In Capital Lux, you always balance on a razor's edge, so will you take risks? Bluff? Or follow a carefully laid plan? The choice is yours in this clever card game, featuring beautiful art by American painter Kwanchai Moriya.

Each round begins with the players drafting a hand of five or six character cards. On your turn, you must play a card either in front of you (your hometown) or in the middle of the table (the capital). When you play a card into the capital, you benefit from the card's special ability. Each character belongs to one of four professions, and their special abilities are:

This means that for every card there's a dilemma of whether to add it to your hometown for possible points, or to the capital which not only gives you the benefit from a special ability, but also increases the potential points for all players. Since every player is dealt only five or six cards at the beginning of a round, every card play is crucial...